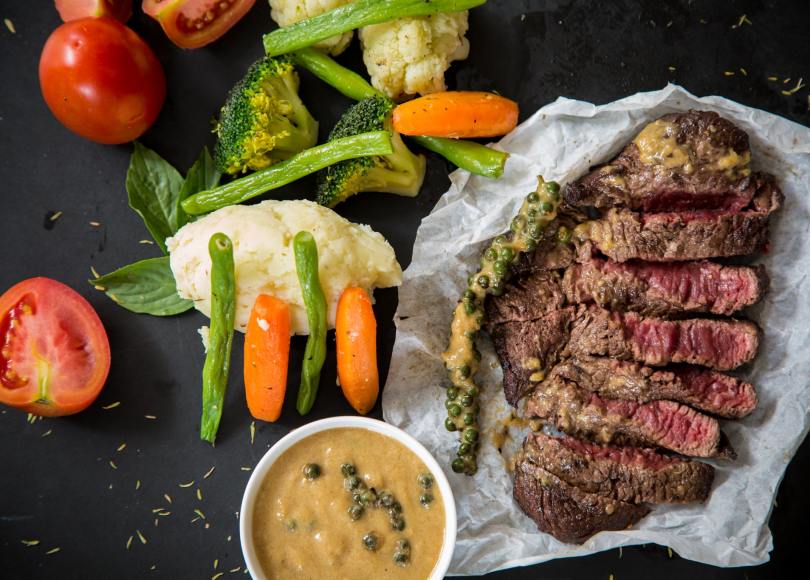 Earlier this week, I wrote about the harm the meat and dairy industries cause to the Earth). It was a conscious decision to leave the ethical and health aspects out of that post. Later, I had a conversation about my writing, and someone asked why didn’t I mention any benefits. From Earth’s perspective, there are only disadvantages. Earth does not need us to consume meat, fishes, dairy, eggs, or poultry to sustain the balance of life. It would benefit if we stopped producing and consuming those.

When we scroll through social media and read about vegetarianism, veganism, or plant-based eating, we can find many triggered reactions against it. No matter if the arguments on behalf have been from an ethical or environmental perspective. We can see a lot of belittling, anger, interesting justification methods, etc. Where might this defensiveness arise from, I wonder?

But I am not here to state that we should all stop consuming meat or all animal products. Instead, I want to push us to think about why so many of us don’t want to decrease our meat consumption and why we believe it would be too hard even though it would be highly beneficial to the planet we all need. I have noticed that even though someone defenses plant-based eating only from the environmental perspective, the counterargument often comes from ethics or healthwise. Because of this, I will touch the ethics a bit in this post.

My path to vegetarianism

People start to avoid meat and animal-based foods for different reasons. I don’t consume meat, seafood, or cow’s milk, but I eat eggs (produced the way I prefer), honey, and occasionally goat cheese. To me, the path to vegetarianism was about ethical problems, feeling of guilt, and injustice. But surprisingly, those emotions were not strong enough to get me to make the change, even though they got even more noticeable since I got my child. I think the motherly instincts to protect all the offsprings kicked in. The last push I needed was COVID-19 and the information I have gathered about the meat industry’s impact on Earth. I had already quit eating pork somewhat 15 years ago since I watched videos of the farms. After that, I have tried to be a vegetarian for few times without getting success, and sometimes I have been “game meat only” – you know, those animals have been able to have a “free and natural life.” Choosing meat from the menu felt worse every time, and going fishing was not fun anymore.

The order of nature

I spent my childhood summers at a dairy farm, and I was a horse girl. I was milking cows and took care of the calves. Our bulls were pretty easy to handle because they got used to being walked and pampered by a kid since they were babies. I was there when the cows gave birth, and the calves were taken away. I asked all these questions about calves drinking formula from the buckets while we took the milk and about animals being kept indoors for six months in a year. Many of my animal friends ended up in a slaughterhouse, but I was eating meat all the time. That’s how it is supposed to be, adults explained. “Don’t think about that too much. Animals are food for humans.”

I noticed the river flowing in the middle of the fields changed its color to brown, and more and more weed was growing there every year until it was nearly blocked. I also remember the period when Finland joined the European Union, and small farms disappeared. They had to become even more productive or quit. So, I saw all this and much more. I asked questions. Again, I was let to know that things are like they are supposed to be, and I kept eating meat and consuming dairy, even though it bothered me. Why? It is hard to act against what we are taught to be normal. We begin to believe it is normal and okay. When we learn something in childhood, it becomes almost like an order of nature. “Things are supposed to be this way, have always been and will be. Who are we to change that?” That is only a belief.

The taste of meat gets some of us hooked

“Meat is good, and ice cream is the best treat! Can’t I enjoy life and its pleasures?” I loved the taste of steaks, even though I felt guilty every time I ate those. How skilled are we to push our emotions away when we want something else or when we have to keep our sanity? I did eat my last steak at the end of February. First, I had cravings, but now I don’t like to be close to the people who have just eaten a lot of meat because I can smell it. I can smell it even though COVID took a considerable part of that sense – long-term. I was also profoundly addicted to ice cream, and that need was hard to win. But our taste buds learn, and we will find new favorites. We can learn to like and love new people, new countries, and new movies -anything. Why couldn’t we adopt that skill to nutrition?

I was worried at first because almost all of my favorite foods had meat or dairy in them. How about Christmas, Easter, Thanksgiving Day, or other holidays? This problem was tricky – until it was not. We can take new foods to our tables instead of Turkey, Ham, or Lamb. Also, in 15 years, the plant-based “meats” have developed a lot, and the texture and taste are unbelievable close to the original products. It is possible to replace the meat 1:1 without a problem. What comes to dairy, there are so many alternatives to choose from. Cultural holidays and family dinners can create emotional situations. I had to break my “no pork” rule a few times during those 15 years because I did not want to hurt people’s feelings. But the more we inform others about our values and reasons, the easier it is to avoid these kinds of situations. I also eat gluten-free, so there’s a lot for my relatives to remember, and I don’t assume them to understand every detail.

Ethical meat can be a worse option from nature’s perspective

“But these animals were free-range.” I tried for a long time to explain to myself that if the animal had a good life, it is okay to take advantage of it. But, from an environmental perspective, it is as bad or even worse. When bovine, pigs, sheep, or poultry birds get more room to live and are able to live more like they’re supposed to, it means less space and more damage to the wildlife.

Are the health concerns real or an excuse?

When someone starts a conversation about changing their diet to plant-based, people who don’t usually pay any attention to health are suddenly very concerned. I have seen this happening often. I think it might have something to do with the belief that health concerns are considered more acceptable and valuable counterarguments – even in our own minds. It is more comfortable to say; “I am concerned about the health effects of this diet” than to admit that; “I might have an emotional connection to the food I am used to eating” “I don’t have the energy to make a change” or “I really don’t care.”

Of course, some people are purely concerned about the health-related problems they think might arise if they changed their diet meatless. At first, it will take some time to learn how to secure the iron, B12, and protein intake – for example – but it is not so difficult. Of course, it has taken time to learn to cook from ingredients I have not been using so much earlier – like lentils and quinoa – but life is about learning.

“No time for this nonsense!” A feeling of overwhelm can ruin the change

Things get the value of “nonsense” in our minds if we are triggered. And sometimes, our lives are such that we have no time or energy to worry, think, plan, or try anything new. When we ask someone to change their diet from the mainstream one to a vegetarian one, we simultaneously ask them to change something in their culture, family traditions, beliefs, values, and routines. We ask them to put some extra energy into this change, even though their lives could already feel exhausting.

I have tried to avoid writing from an ethical perspective, but it is challenging around this kind of subject. If you choose to change your lifestyle and begin to eat plant-based, it does not matter what your reasons are. It will help the planet anyway. But I wonder, was it our lack of empathy that took us to this situation where the Earth cannot take this anymore?

Not all sunscreens are safe to environment and our Health. (These are.) There are more sustainable and safer options available! We are testing these during this spring! Check my latest blog post- link is in the bio. #sunscreens #earthfriendlyproducts #safesunscreen #mineralsunscreens #nochemicals #reefsafesunscreen
A beautiful day by the seaside got me writing a new post. Link in the bio! #beach #lighthouse #wavebreaker #notanegg
1.) what I use daily or weekly (all that has plastic will not be bought again 2.) What I use weekly or monthly but will never buy again 3.) Never needed these 🤭😱 4.) 🤯😱😬 omg, I opened my old, OLD dance make-up box - these go to trash 🌎🤭 New blog post coming! #clutter #consumption #changinghabits #sorryearth #lessonlearned #avoidplastics
My dad got a perfect shot - Winter in Finland. #nofilter #finnishwinter #winter #whitebeauty #shadesofgray
Winter treat from Finland 😍 #winterinfinland #cold #perfectlight
I have replaced all my Skincare products with plastic-free alternatives! And it was easy! Read more from my blog- Link in the Bio. #plasticfreepackaging #plasticfreeskincare #skincare #sustainability #earthfriendlyproducts @shopearthhero
Loading Comments...
%d bloggers like this: